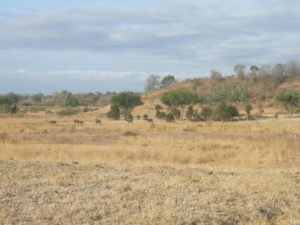 The Selous nature reserve is the largest protected savannah reserve in Africa. It covers roughly 50,000 square km (19,000 square miles). However this reserve is named Selous after Fredrick Selous, a successful hunter. 95% of the park is set aside for hunting. However, partly because of this and also because of an insect that inhabits the area; bites from the insect can give humans an illness called sleeping sickness, and therefore humans have not settled in the area. However due to its size, it has the capacity to protect huge populations of many mammals.

Few people visit the nature reserve, but this means that you are likely to experience a hugely wild experience, and usually have any sightings completely to yourself. It has been hard hit by the elephant poaching that followed the southern African countries one off sale of their elephant ivory stocks. The intention of these occasional sales is to drop the price of Ivory which means that it is not worth the huge risk to get it (both physically and from detection from the game wardens). However, the risk is that it increases the desire for ivory, and in this instance the second happened. In 2007 it was estimated that the elephant population of the Selous was around 110,000. When we went in 2011 the population was estimated at 30,000. 80,000 elephants from this one protected area were killed. As can be imagined the the remaining elephants are very wary of humans,and so aggressive,  which makes it harder to get significant numbers of people coming to the reserve to take pictures. 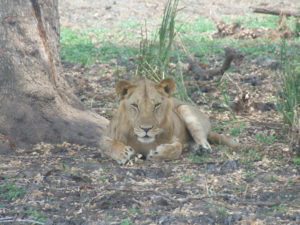 A population that has not been decimated in recent years is the lion population, in this reserve it is estimated that there is roughly 5,000 lions. This is roughly a quarter of the remaining lions in Africa.

While I greatly enjoyed my visit here, it is not an easy place to travel to on your own. There are very few amenities here. This is partly because the majority of people who visit the park will do it on a far larger budget; there are the resources within the park for an astoundingly luxurious trip. For me, I am far more interested in paying the money to go to very remote places and then living frugally. 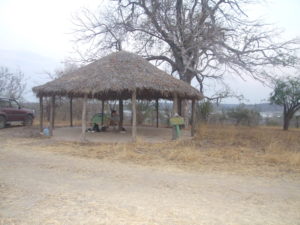 My wife and I camped in a camp called Lake Tagalala camp, this cost $25 dollars per night which is not terrible, but here it buys you some space to put your tent up, and a long drop toilet. Washing consisted of walking the 100m to the local lake, with your night guard as there were both crocodile and hippos were in the lake close to where you were able to use it. You also had to pay $50 dollars for a night guard each night. While this does not seem to much, we felt ripped off. All the night guards are day guides, so generally go to bed early (and indeed went to bed around 7pm every night we were there) also if you are sharing the camp with another group you are still charged $50 dollars but there is one between the two (or on some occasions more) groups. On those nights our $50 dollars bought us a good evening and good morning. $50 dollars is the average income for tanzanians per month. We did feel in places that people expected to be able to rip off tourists as they wanted (one warning: we were offered a free walk, on return, the guy demanded the full cost of the walk – we paid up but on leaving the park our driver went in and informed the authorities and got our money back)

Just as an aside, our car was the biggest headache for the whole trip. It was very expensive ($120 per day). It came with a driver and we were picked up at the airport promptly, which was lovely. The problems however started almost immediately. The windscreen was cracked badly already, though the whole pane needed to be replaced quite quickly as we hit a branch which made it far worst. The cold box was not working, the windows did not open some of the doors did not work etc. As you can imagine for the price we felt that this was a rather huge rip-off, and this was never fully rectified. However the driver we had was a lovely guy. It was unfortunate that his English was almost non existent, and it took several days to get him to understand how to drive within the park (slowly so we can look for animals and various other simple techniques to help us find animals). We did also discover after a few days that he was using the majority of our water, having not been sent with water of his own (when you are in a remote place perhaps 50 miles from the nearest place to replace your water this is quite important). However, I wish to say that our driver was lovely, very helpful and made sure that we were not ripped off when we went to buy things, the problem lay with the firm that rented the car in the first place.

WELCOME! This site is here to facilitate wild travel, giving local people around the world reason to conserve wildlife on the doorstep. This blog consists of wildlife and environmental news.

Inspirational places helps a number of individual lodges and protected reserves find people to visit and thereby support their conservation. Like Singita they are fully aware of the current issues raised by the worldwide epidemic.

The epidemic in South africa has come under control, as shown by the government change i its status, and therefore travel should be reliable from the end of the current lockdown.

Having said that, as with the others visits are important and these areas will be keen on having visitors as soon as possible.